Discover the Top Things to Do in Makkah

Makkah, the most sacred place in Islam, is the focal point for Islamic religious pilgrimages. Every year, the Saudi Arabian city beckons millions of Hajj and Umrah pilgrims from far and wide to several of its important religious sites that offer interesting glimpse into its formidable connection with the historical past of Islam.

Apart from its rich history and spiritual significance in the Islamic wold, Makkah also offers plenty of remarkable things to do and see for its visitors to partake in. 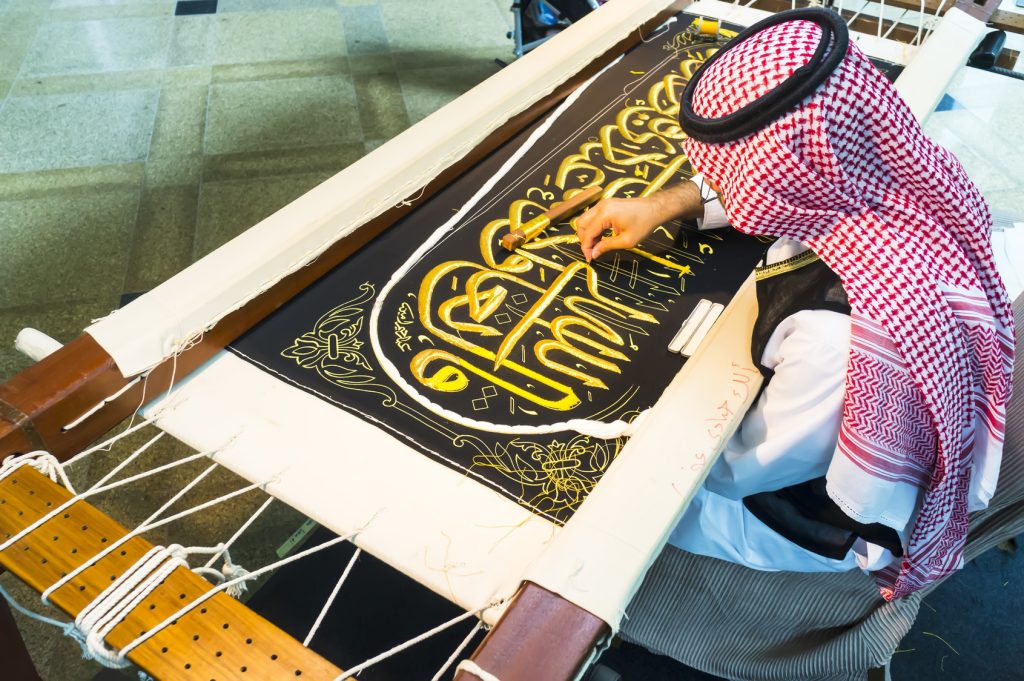 Kiswa creation for the Holy Kaaba at Al Kiswa Factory

Besides being home to the most sacred sites in Islam, Makkah also offers tourists and pilgrims plenty of recreational activities. After visiting the Holy Kaaba and Masjid Al Haram, pilgrims like to explore Makkah’s exciting shopping options during some free time in their itineraries.

One of the most visited malls in the city is the Makkah Mall, the go-to place for a shopping experience that suits all tastes and styles. Located near the Masjid Al Haram, the gleaming modern shopping mall offers a wide array of local and international merchandise, retail outlets selling luxury brands, upscale dining outlets, supermarkets, kids’ entertainment facilities, leisure experiences, and more! Makkah Mall makes for a perfect place for patrons looking to shop, dine and relax with family.

Marvel at the Sacred Mountains of Makkah

No visit to Makkah is complete without a hike to the sacred mountains of the Qur’an. There are several mountains that were a part of significant revelatory events in Islam, especially Jabal Al Noor. It is believed that it was during one his spiritual retreats in the Cave of Hira atop Jabal al-Nour that Prophet Mohammed (PBUH) received his first revelation of the Holy Qur’an from Allah. It is recommended to visit the mountain to honour Prophet Mohammed (PBUH) ad also get one of the best views of the Holy Kaaba and the city surrounds.

Other notable sacred mountains, include the Jabal-e-Rehmat (The Mountain of Mercy), Jabal Thawr (The Mountain of Thawr) and Jabal Abu Qubais (it is believed to be the first mountain in the world).

Take a trip back to the historic past of Saudi Arabia by visiting the Al-Zaher Palace Museum of Makkah. Located in Makkah’s Al-Zahir neighbourhood, the museum has an impressive collection of Islamic artefacts that tell interesting tales of the historic past of Makkah and showcase its rich culture.

Established within the Al Zahar Palace, the museum is divided into several display halls spread across two floors and is complemented by and archaeological exhibits, Islamic paintings, calligraphy artwork and ethnographic displays of Saudi Arabia’s past. The Museum is open every day from 8:30 am to 12:30 pm and from 4:00 pm to 9:00 pm, except Thursdays and Fridays (open from 5:00 pm to 8:30 pm).

Watch the Creation of Kaaba Kiswa at the Al Kiswa Factory

There is nothing like witnessing and experiencing the whole process of Kiswa creation ahead of the Hajj pilgrimage. Kiswa, an exquisite black cloth woven from cotton and silk, with Qur’anic calligraphy embroidered in the finest gold and silver threads, is used to drape the Holy Kaaba in the Grand Mosque. Although the Kaaba’s Kiswa is ceremoniously replaced every year on the day of Arafat, it takes up to eight months to create a new one.

The Al Kiswa factory, located in Umm Al-Joud locality in Makkah, is the only place in Saudi Arabia where Kiswa is traditionally made to mark the beginning of Hajj. More than 200 Saudi craftsmen, who are skilled at designing, weaving, dyeing, embroidering and the assembly of the Kiswa, work together to create a 14m-long Kiswa, which is woven using nearly 650 kg of pure silk and embroidered with approximately 120 kg gold and 25 kg silver threads.

Any trip to Makkah warrants a visit to Makkah Royal Clock Tower, an icon of Saudi Arabia and one of the most recognizable buildings in the world. Located right next to the Grand Mosque, forming a part of the Abraj Al Bait Tower Complex, the Makkah Royal Clock Tower is an unmissable sight in the middle of the Complex. It is the tallest clock tower, third tallest building and the fourth largest freestanding structure in the world.