The best stress-free ways to travel to Makkah

Looking forward to your trip to Makkah? Of course – there’s nothing more awe-inspiring for Muslims than visiting the holy city. If you are traveling to Saudi Arabia independently, there are several options for how to get to Makkah. 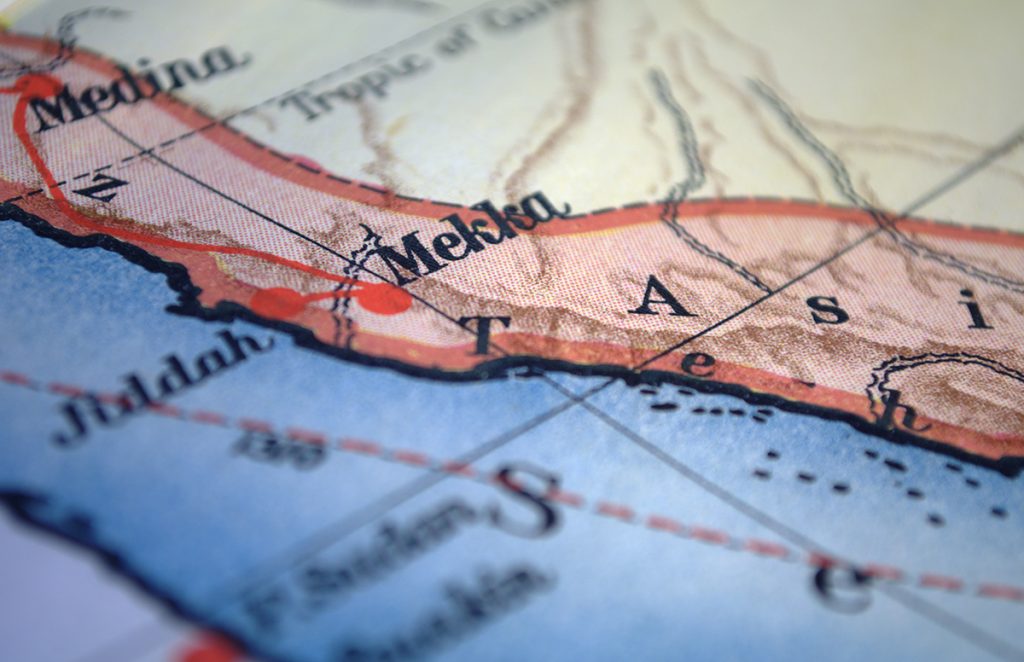 Most direct route: Jeddah to Makkah

Makkah has no airport, so most people fly into the huge King Abdulaziz International Airport (JED) in Jeddah. South Terminal serves mainly domestic flights and Saudi Arabia’s national airline, Saudia. Most other international flights arrive at North Terminal, 19 km away.

The most convenient option for the 104 km journey from Jeddah Airport to Makkah is a private limousine arranged by your hotel in Makkah.

You can also take a licensed taxi from the terminal, or book a ride with Uber or Careem. Be ready for a long wait during busy times. There are regular SAPTCO buses from Jeddah Airport to Makkah. Since the bus station is 7 km from Makkah city center, this option is stressful if you’re traveling with heavy luggage.

Coming soon: When fully operational in late 2018 or early 2019, the Haramain high-speed train will offer fast, comfortable travel between Jeddah, Makkah and Madinah.

The other main entry point for Umrah and Hajj pilgrims is the smaller, usually quieter airport of Prince Mohammad Bin Abdulaziz Airport (MED) in Madinah.

For the 456 km journey from Madinah to Makkah along Route 15, many choose to travel by VIP SAPTCO bus. The air-conditioned service offers several direct trips per day, stopping at a miqat point before entering Makkah. It has a shorter travel time and greater comfort, including WiFi and refreshments, than regular buses. VIP tickets sell out quickly, so book well in advance.

Your hotel concierge can advise on a private hotel-to-hotel transfer between Madinah and Makkah. This is advisable if you are traveling as a family or have lots of luggage.

Travel to Makkah – questions to ask

Visiting Makkah is a trip of a lifetime. For a stress-free experience, consider your travel options carefully and make sure you have the most up-to-date visa information.

Hajj and Umrah visa information
How to get around in Makkah: the best transport options for you

How to get around in Makkah: the best transport options for you

Are you planning a visit to Makkah and wondering how to get around? Here is an easy overview of the city’s excellent transport network, which covers all areas of the holy city and beyond.

Public transport is continually improving thanks to government initiatives. This makes it easier and quicker for visitors to access the Grand Mosque and other central areas and holy sites in Makkah, even during busy times like Ramadan and the Hajj season

A more extensive network of bus routes into and around the city is planned as part of the Makkah Public Transportation Program.

Opened in 2010, Al Mashaaer Al Mugaddassah Metro line only runs during Hajj, transporting thousands of pilgrims quickly and easily between Makkah and Mount Arafat, Muzdalifah and Mina. The metro system is set to be expanded with new lines to serve residents and pilgrims all year round.

Operating during the Hajj only, the General Syndicate of Cars runs several thousand buses transporting pilgrims between the various holy sites.

Also known as the Makkah-Medina high-speed railway, the brand new Al Haramain train starts operating in early 2018. It will shorten the journey from Makkah to Medina from 6 hours to 2.5 hours. The train runs via the cities of Jeddah and Rabigh.

You can hail taxis anywhere in Makkah. Drivers usually don’t use the meter, so the fare is negotiable. During the last ten days of Ramadan and the Hajj season, the fare may be three times higher due to the high demand and traffic congestion.

High-quality, air-conditioned buses run by private companies (such as Dallah and Rawahel) operate specific routes during the Umrah and Hajj seasons.

Uber and Careem provide private chauffeur services inside Makkah. You can order a car by calling the company or using a mobile app linked to a credit card. The price is higher than a regular taxi.

Renting a car in Makkah

GCC nationals and visitors with international driving licenses, as well as expatriates residing in the Kingdom, can rent cars from various rental offices in Makkah.

Despite great improvements in Makkah transport options, walking is still the best way to get around the city during Ramadan and the Hajj season. This helps you avoid traffic congestion and overcrowding, as well as higher prices for taxi fares. 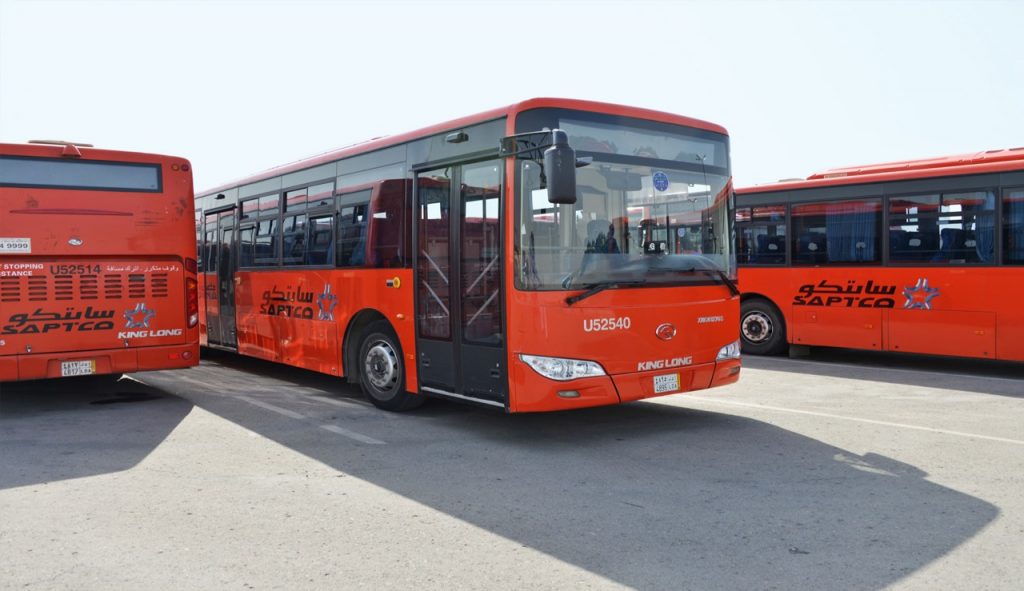 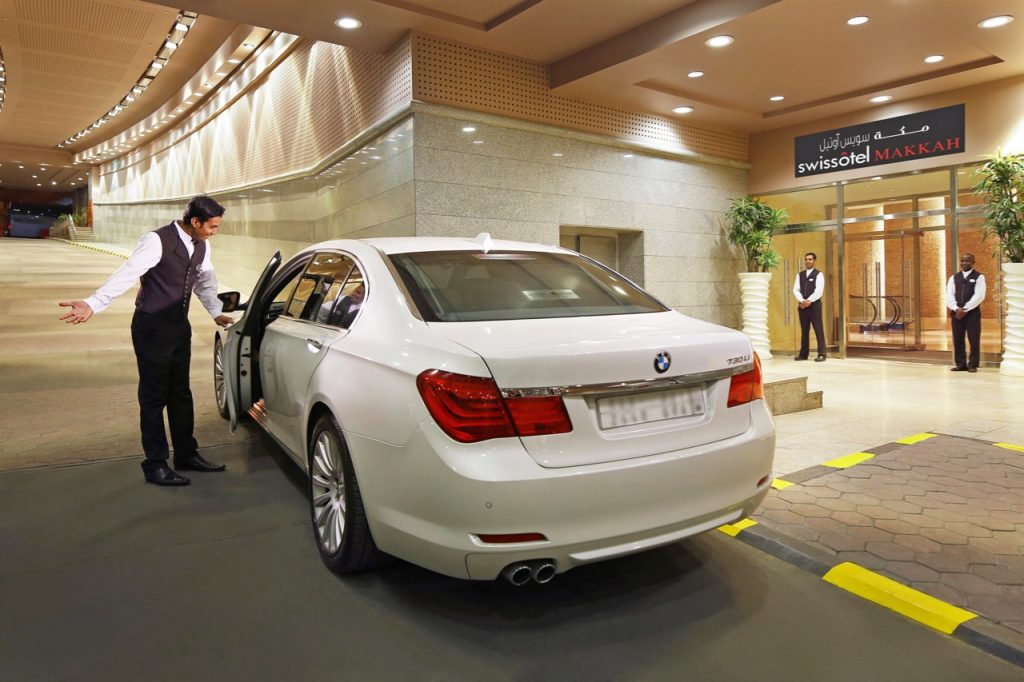 For chauffeur service in Makkah, simply ask the hotel concierge.