Your Guide to Umrah Rituals

Umrah is a beautiful spiritual journey taken by every single Muslim to acknowledge Allah (Subhanahu Wa Ta’ala – Glory to him, the exalted) as the harbinger of peace and to commune with him to purge the impurities within. Any pilgrim who proceeds on this journey, goes along the path to purifying their soul, heart mind and body from the sins committed in the past to be distinguished from others on Resurrection day.

Essentially, the Umrah means ‘a visit’ to the Holy Kaaba (the Sacred House of God) in Arabic and can be performed by anyone, anytime of the year; unlike Hajj, which is an obligatory pilgrimage to Makkah, performed every year within the first 10 days of the Islamic month of Dhul Hijjah. 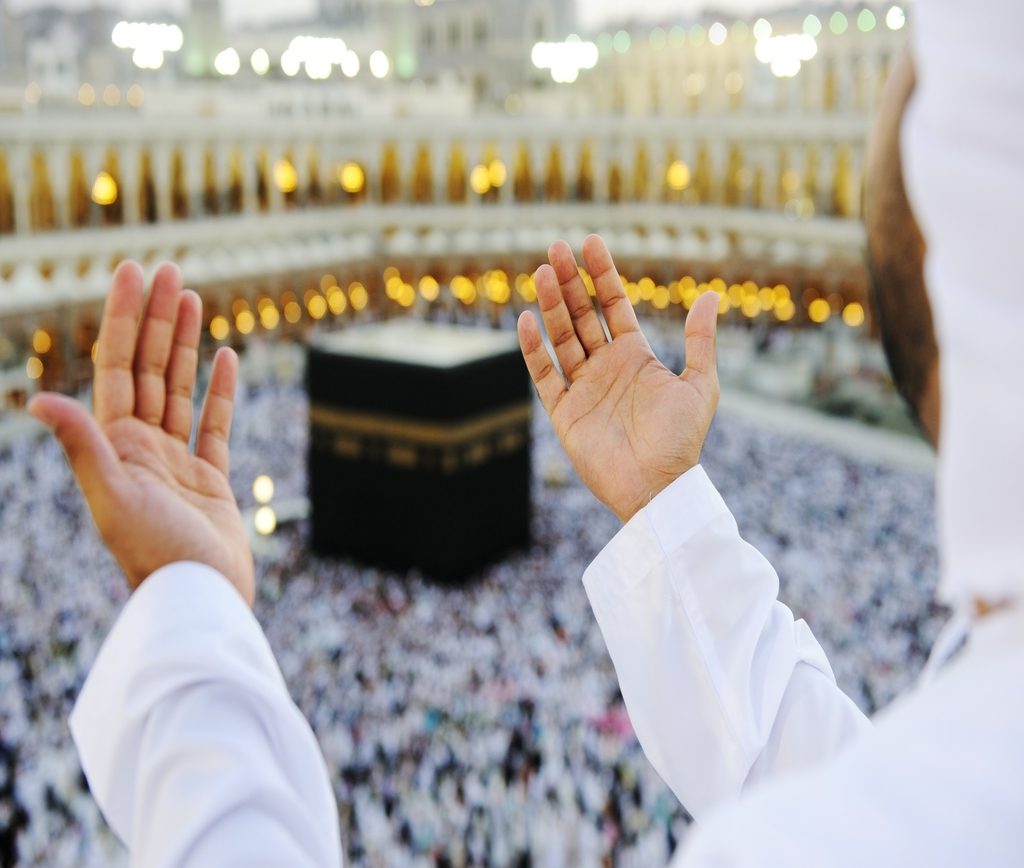 Umrah Rituals – How to Perform Umrah

The acts of faith performed by all pilgrims during their spiritual journey to the Holy Kaaba are collectively known as the Umrah rituals.

Depending on whether one wishes to perform Hajj after the commencement of Umrah rituals, there are two types of Umrah: Al Umrah Al Mufradah (optional before Hajj) and Umrah Al Tammatu (obligatory before Hajj).

Following are the four acts of Umrah Al Mufradah that involve fulfilling some religious duties and rituals, each anchoring the pilgrim in the right moment towards complete atonement.

Ihram from Miqat – The intention to perform Umrah

Before pilgrims wish to enter the Al Masjid Al Haram (the sacred boundary of Makkah) and move across to perform Umrah, they should wear Ihram in order to make haram and traverse the five different areas of Miqats in the Haram boundary:

Prior to visiting the sacred boundary of Makkah, pilgrims are mandated to assume a state of Ihram, which is the combined sacred act of Niyyah and Talbiyah necessary to perform Umrah. Niyyah is the innate intention to perform an act of worship, while Talbiyah is a special prayer said in supplication.

To become a Muhrim (a pilgrim that has attained the state of Ihram), a pilgrim must prepare himself for Ihram by following the below steps as instructed by the Prophet (PBUH):

Tawaf – Circumambulation of the Holy Kaaba in worship

After assuming a state of Ihram, the Muhrim performs the obligatory act of Tawaf in the Al Masjid Al Haram. The Muhrim must stop reciting the Talbiyah and start circumambulating the holy Kaaba seven times (as a reminder of the angels that circumambulate the celestial realms of Allah’s house, al-Bayt al-Ma’mur), by setting their right foot in and making Idtiba’a. Men must bare their right shoulder by placing the Rida under their right arm and the lower parts of it over their left shoulder during the entirety of Tawaf.

They must circumambulate the Masjid Al Haram by starting from the Black Stone and completing it there at with the sincere intention of seeking closeness to Allah. The worship is validated only if the pilgrim recites the prescribed du’aa (supplication) during each one of the seven circumambulations.

Pilgrims can to Istilam (kiss or gesture towards the Black Stone), if he/she can during the circumambulations. Otherwise, they can touch it with their right hand and start moving towards completing the seven anticlockwise circumambulations while reciting du’aa with the holy Kaaba on their left, without any interruptions or distractions.

The last circumambulation ends exactly where the first one began, to ensure that the pilgrim completed all seven rounds without moving or falling behind a single step or more. And with the seventh round of circumambulation and performance of eight Istilam, the state of Tawaf concludes. At this point, men must cover their shoulders with the upper part of the Ihram sheet.

Upon completion of Tawaf, pilgrims can go behind Maqam Ibrahim (the station of Ibrahim) and perform Salat of Tawaf to offer the two short rak’aa’s and thereafter drink the holy Zamzam water from Well of Zamzam in the basement of the Sacred Mosque while supplicating to Allah.

After drinking Zamzam, pilgrims then proceed to the Multazam, a section of the holy Kaaba between the Black Stone and the door of the Kaaba, to supplicate to Allah and offer du’aa.

Umrah pilgrims intending to make Sa’iy must make their way out of the Al Masjid Al Haram towards the Masaa’ (the place of Sa’iy) which commemorates the struggle Prophet Abraham’s wife Hazarat Hajra went through to search for water for her son in between the hills of Safa in the south and Marwah in the North. In essence, Sa’iy is a great way to spend some time on self-reflection and self-realisation.

Pilgrims start Sa’iy by going up the hill of Safa to see the holy Kaaba from the Safa door. They must face the Kaaba with utmost devotion and love, while raising their hands to supplicate to Allah. They must then descend from Safa and walk towards the hill of Marwah while reciting the supplication Subhan Allah and keep moving until they reach two green pillars between which only the men have to run through while the women walk at a normal pace. When on top of Marwah, praise Allah facing the Kaaba and recite the supplication mentioning Allah.

The procedure continues with pilgrims going from Safa to Marwah and returning back to Safa, until the they complete seven laps in total. Each round is nearly 450m long. The seventh round will end at Marwah where all pilgrims must stand facing the Kaaba and repeat the same supplications that were recited at Safa. Men must perform Sa’iy with their shoulders covered.

After offering two Raka of Nafl (at a desirable time) in the Al Masjid Al Haram, pilgrims should come out of the Holy Mosque with their left foot out and then offer a du’aa.

Finally, the last step of your journey, shaving or clipping the hair in Mina. Men should get their head completely shaved, or get their hair clipped. While women are forbidden to shave their heads and only allowed to have a lock or strand of their hair clipped. The act of cutting the hair symbolizes one’s detachment from physical appearances and complete subjection to Allah.

All the prohibitions imposed on the conduct of pilgrims by Irham are lifted, upon completion of this last obligatory ritual. They can then remove Ihram sheets and change into their regular clothes.

Discover some of the best 5-star hotels in Makkah near haram abound with amenities perfect for pilgrims, families and business travelers.